Shepherding through the Disaffiliation 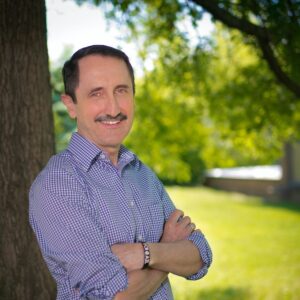 … a blog by Mark Ongley

There will be many losses for our congregations as we guide them in this process of disaffiliation. There’s the natural tendency to “count votes” even before beginning the conversations and debate. In narrowly divided parishes, you will doubtless be tempted to misrepresent the “other side” with exaggerations and half-truths. But we must be absolutely careful about the seeds we sow.

The root of bitterness defiles many for decades to come. I know from personal experience.

I was raised in the Erie Conference of the Evangelical United Brethren and remember well the merger of 1968 with the Methodist Church. In the months building up to the vote for the merger, our pastor spoke heatedly about the “liberal Methodists” and what they believed on social issues.

Even after the merger, the poison continued to flow . . . at least until the weeks before Charge Conference. On those Sundays before the DS was in town, you’d hear, “But isn’t it great what the United Methodist Church is doing to help those struck by the Johnstown Flood!”

His comments colored my perspective. So when I finally felt called into ministry, I decided on a small evangelical denomination where everyone believed alike on those pesky social issues. Loved it. At least for eight years.

Then God called me to return to a UM church to serve on staff. Ugh! My attitude resembled Jonah’s. I was able to avoid the big fish upchuck, but everything in me wanted to run.

Three years later, I was doing the correspondence course on UM History and Polity, and I was caught totally by surprise. While reading the history of the EUB’s, I came to the part about the nationwide vote for merger. Two small conferences in the northwest voted resoundingly against merger. They asked permission to withdraw, and it was denied.

When I read those words, something irrupted from within. I simply began to weep! Incredible. For three decades, my soul had carried the pain of loss. I had no idea.

The Erie Conference was family. I’d come to know Jesus at Camp Findley, the campground of the Erie Conference. Had a crush on a blond from Buffalo at that camp, and ran with the cool kids from Jamestown, NY. It was the same camp where Rev. Groters did the grounds and maintenance, telling his corny jokes as often as possible. Uncle John Westley, the conference missionary to Africa, would roll out his python skin and tell his tales from overseas. That camp was holy ground for me and represented the spiritual roots for my family of several generations.

If the pastor of my childhood had not been so angry and bitter, I perhaps would have handled the loss with greater grace. But it was a bitter root I had unknowingly carried with me until my late 30’s.

Our conference includes an enormous swath of that EUB heritage. Some of the evangelical congregations leaning toward the Global Methodist Church share in that heritage. May we as pastors, lay leaders, and teachers know clearly where God is leading our flock. May we shepherd with wisdom and grace. Yes, lead firmly and clearly. But never resort to anger and mischaracterizations to sway our flocks.

There will be plenty of loss for us all to grieve. Let us not add the poison of bitterness.

See more from Mark at markongley.com