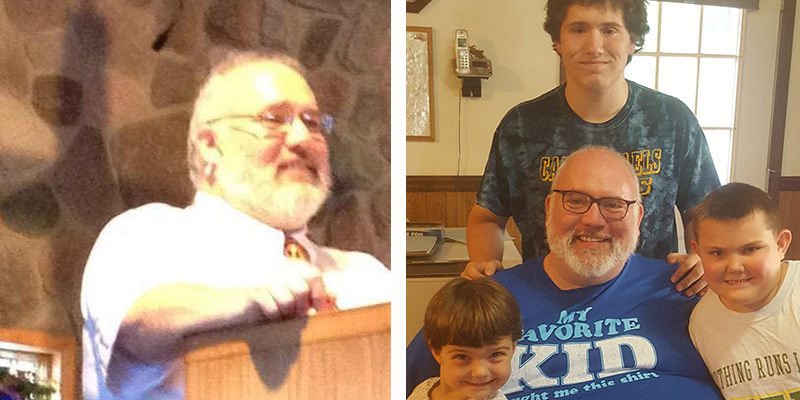 Dayton is an ordained elder, having started as a licensed local pastor in May 1996. He had felt a call to ministry as a 17 year old, but spent the next 17 years trying to argue God out of it. During that time, he had worked in health care, a bank, as a houseparent for a childrens’ group home, as a free lance reporter/photographer, a part time DJ for Christian radio station WCTL, a youth director, and worked as a teacher in Clymer, NY for a couple years before starting on the path of pastoral ministry. He has a B.A. History from Edinboro University of PA (1992) and an M.DIV. from United Theological Seminary (1999). He and his wife, Gay, were married in 1991 and have 2 adult daughters, 1 adult son, and a 9 year old daughter still at home. He loves history, camping, photography, genealogy, and traveling with his family.